A nice senior in precarious employment? A big warm teddy bear? A friendly, smiling gentleman who has his picture taken with charming, laughing toddlers? Dear reader, don’t be fooled! They lie to us, they rob us! However, some filmmakers wanted to warn us. Let’s discover the hidden face of Santa Claus.

” Merry Christmas ! shouts in the snowy streets the hero of ” life is beautiful “ (1946). This film lends itself to several interpretations, but the truth is simple: James Stewart warns his fellow citizens “Flee, poor fools! Santa Claus is coming!” 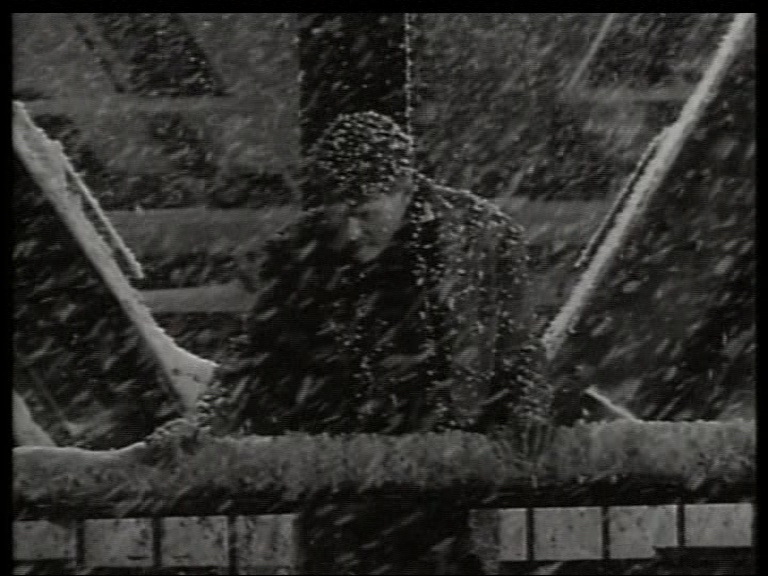 And this one isn’t just junk.

The character of Santa Claus is shady. It is adorned with red while its color is green. Alain Chabat told us in “Santa&cie” (2017). Like Cassandra, no one listened to him. However, red is a bit like Coca-Cola. Nope ? Owl ! A conspiracy! Or a business strategy? 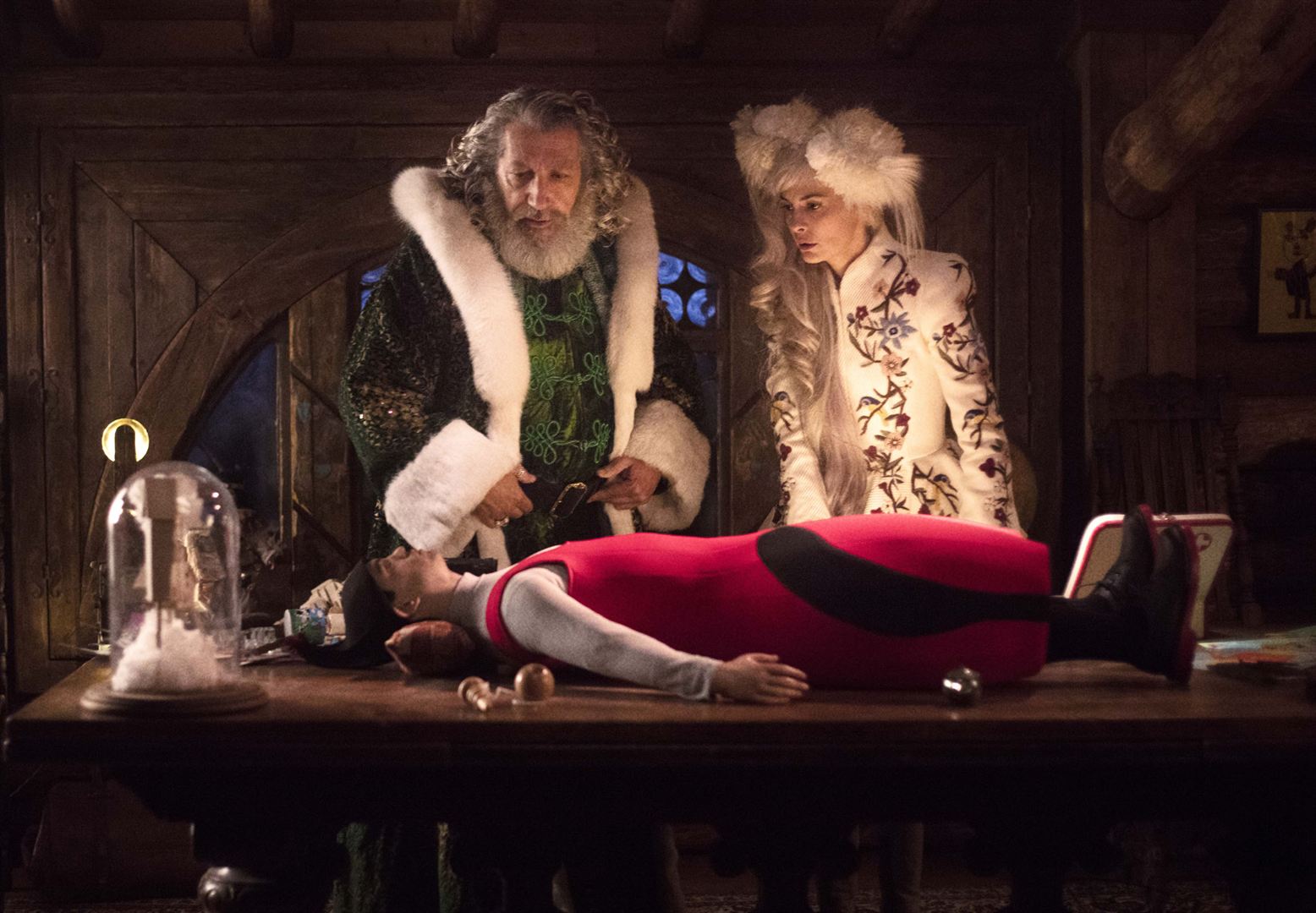 A hood filled with torture devices, rouge to hide the traces of wine… Doesn’t that give you a hint?

So yes, it’s garbage! Some have imitated it, others have tried. They had problems. think about “Gremlins” (1984). You don’t have the ref? She is straightforward. Director Joe Dante is simply showing us the reality. Santa Claus is not alone. He has an army of goblins. That’s not a scoop. But have you seen the head of the goblins? 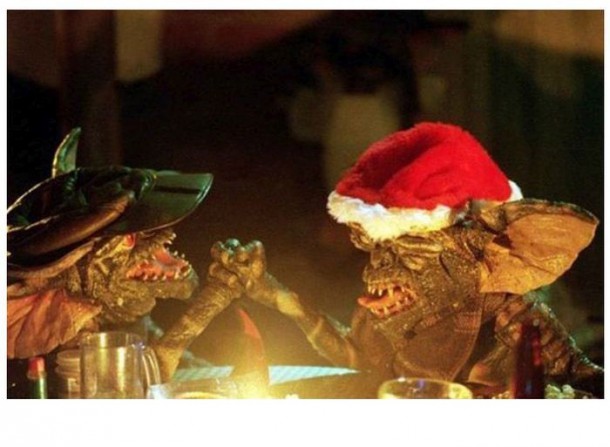 Aggressive and snarling little monsters? YES. Cruel and bloodthirsty? Again YES. Knowing that they can be eliminated with a food grinder, we are reassured. This garbage will end up in the compost.

All this remains good-natured. It’s just “Santa Claus”. Yes and what do you say to this:

In 1990, Rene Manzor pulls us out of the chimney “3615 Santa Code”. But yes, the minitel, this French invention! The story is simple: An ingenious little boy hides in the living room to wait for Santa Claus. Cute, classic, “Jingle Bell’s”! Except that an armed psychopath arrives in his place. 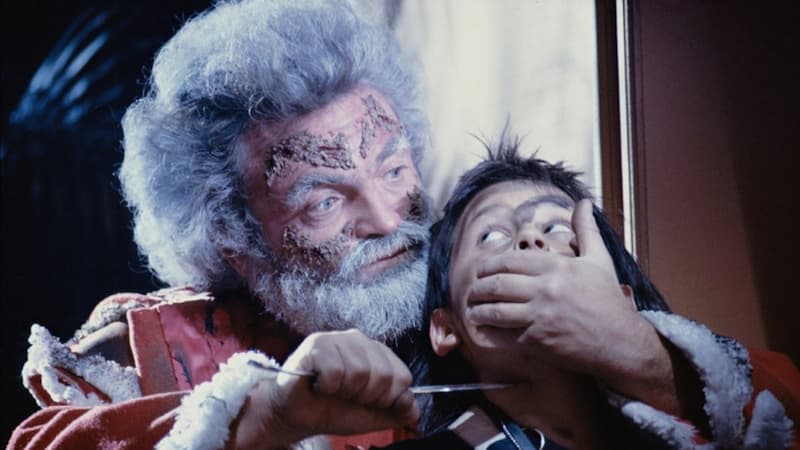 The child must demonstrate resources in order to finish the night alive. The Americans will take up the theme in ” Mom I missed the plane “ (1990). There is more humor, less Santa Claus but with Dani De Vitowho in the film is one hell of a piece of trash!

You are now in the heart of the matter, the veil of the apocalypse is lifting.

“Christmas Evil” by Lewis Jackson (1980) is however clear. A child discovers his mother flirting with a Santa Claus, his life is turned upside down. As an adult, he grimaces in this character and distributes rewards and punishments. He is dangerous ! 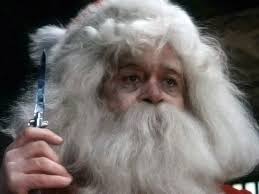 Let the garbage collectors pick up this garbage!

However, in 1984, Charles E. Sellier Jr.. Tried to warn us in “Silent Night, Bloody Night”. Young Billy is traumatized by the murder of his parents on Christmas Eve. It begins well. An orphan, he is taken in by sadistic nuns. As a teenager, he must take on the role of Santa Claus in the toy store where he works. It triggers a murderous mania in him, but yes, the costume. 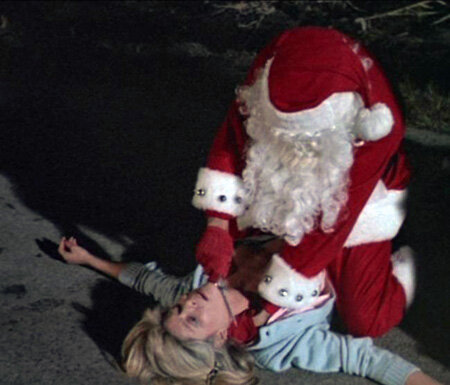 Again, he’s more of a psychopath than a piece of trash.

2004“Bad Santa” by Terry Zwigoff comes close to revelation. Santa Claus is not nice-nice. And it’s not nice to be mean. It must be recognized that he has more faults than qualities. He doesn’t like children, too much mothers, a lot of alcohol, less soap and he’s a little soupy. 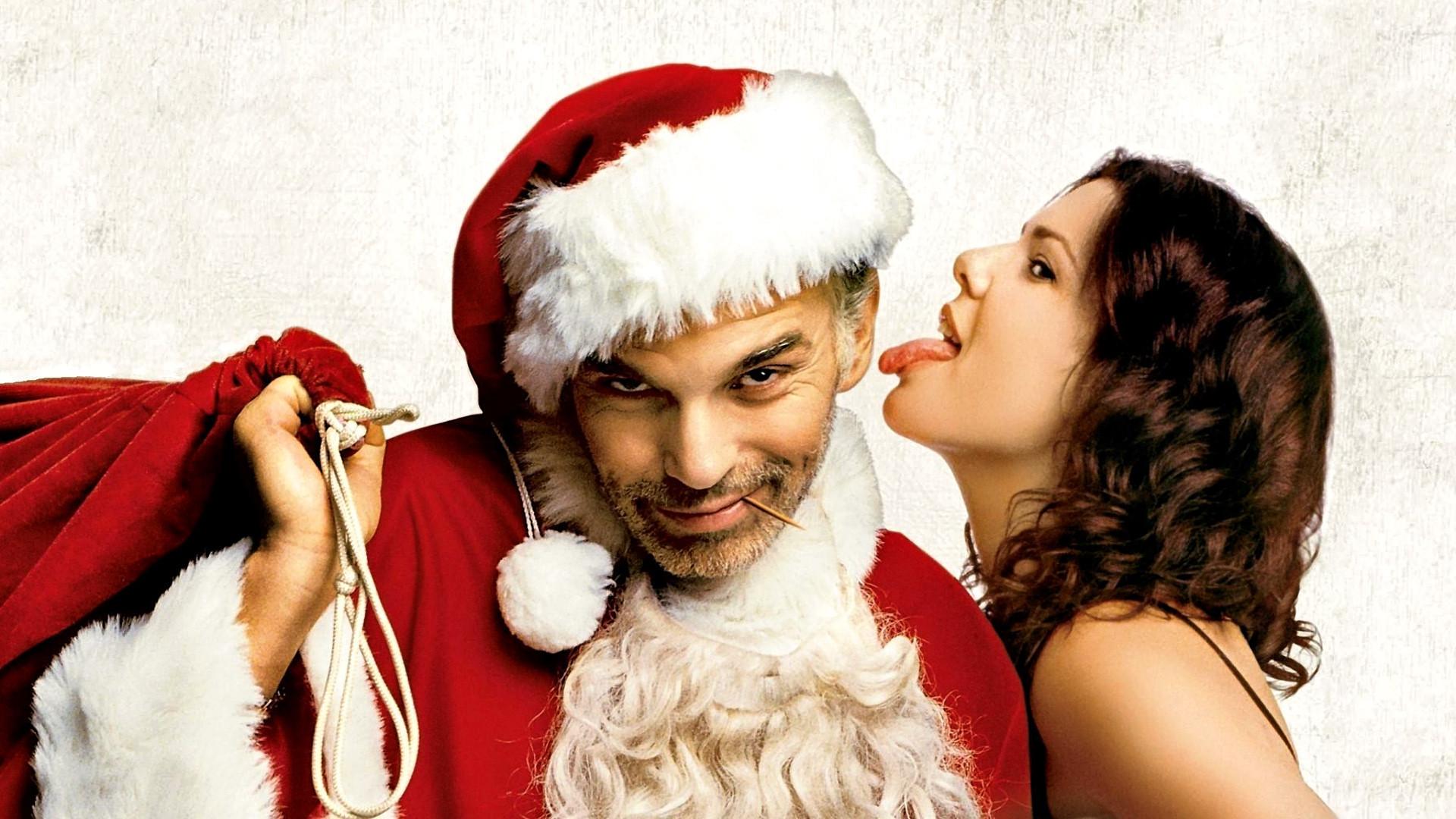 And in addition to being a sadist, he is a thief: “Fatal Trap” by John Frankenheimer (2000), reveals a new aspect of this monster to us: Barely released from prison, Rudy Duncan finds himself recruited, despite himself, by the brother of his girlfriend in order to rob a rich casino. This shows us that to rob an establishment, the disguise of Santa Claus is radical. 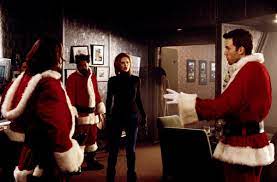 In December. Parents, open your eyes! This one night worker gives your kids gifts YOU paid for as he steals riches! A shame. And should we thank him? What garbage. Knowing that he tans in the sun thanks to the money from his misdeeds.

Let’s admit thatAnthony Barthelemy wanted to rehabilitate this white-bearded gentleman in his short film “Santa vs. Predator” (2005). Him ? A hero ? Don’t fall for the trap! 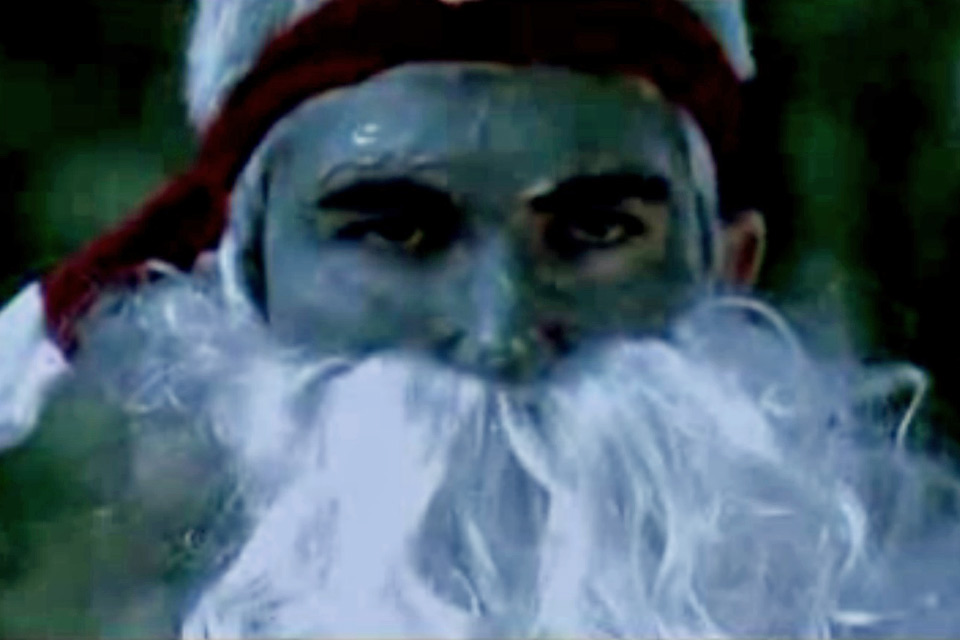 It’s the Predator to thank. He comes from the stars to save us from our blindness, like Actarus and to fight this usurper. Please throw it in the trash after use.

The prize goes to Dan Aykroyd in “An armchair for two” (1983). He gives us the true image of this intermittent of the party: he is dirty, repulsive, repugnant. In a word: realistic. 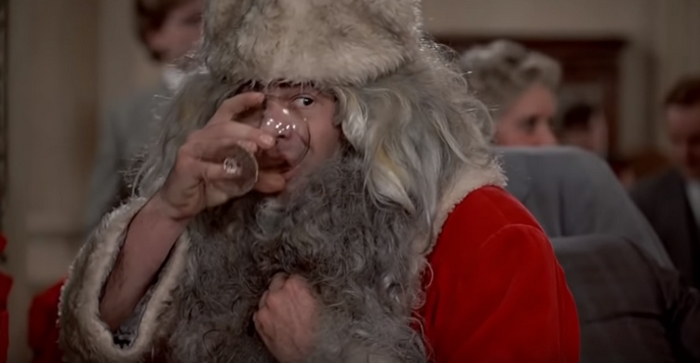 More than a junk he is a usurper.

The Splendid Troop offers us, in 1982, a living documentary, shot on the spot. But this Santa Claus is not garbage. Gerard Jugnot isn’t he simply endearing, open and altruistic? A future father, gentle and affectionate?

There is real garbage. This Uncle-not-funny who, every December 25, gets us drunk with his “Noyeux Joël”. After twenty years it is heavy. Well, he’s just dumb.

Maria Carey whispers to us: “I wish you a Merry Christmas”. 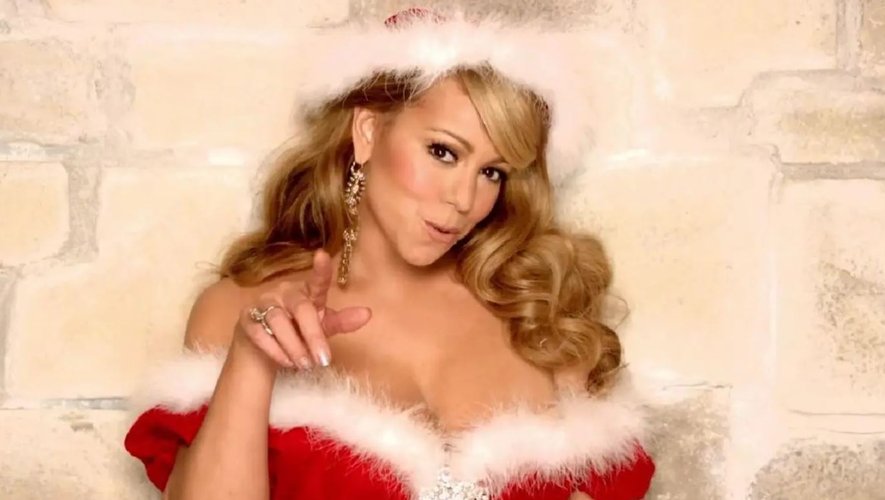 It’s nice. Early in the morning, at a time when the countryside is turning white, the flesh of our flesh screams. Charming toddlers, hysterical, exuberant. Insomniacs? Yes. What’s the idea of ​​getting up at 7 a.m. on a public holiday? Three hours to wrap the parcels, 5 minutes to snatch everything. “I wanted the pokemon! “. “Where is my playstation? “.

Corrections: These poor cherubs are the turkeys of the farce. They know the lie but leave us in the illusion of our “Christmas magic”. “I want, I want, I want…” Watch out, I’m going to call Santa Claus! In truth, those are the garbage. But OK. We were the same.

Pervert, alcoholic and serial killer. I am ? Santa !

Tonight on TV Thursday 9 June 2022, The programs on the air
The Dark Pictures Anthology: The Devil In Me
Rock: what becomes of Gregory Sporleder (Captain Frye), the psychopath in Michael Bay's film?
Tweet
Share
Share
Pin