Next Saturday, November 12, a mobilization will take place in the town of Cipolletti with the aim of remembering and maintaining the demand for justice for a tragic episode that marked the city: the triple femicide perpetrated on November 9, 1997. There, the Family members and relatives of the victims will demand that the investigation continue in order to identify all those responsible, since they consider that the only one convicted in the case did not act alone.

“I don’t think I’m the only one,” says, 25 years after the crime, the daughter of one of the victims of the triple femicide in the Rio Negro city of Cipolletti. According to the young woman, the only convict who has the cause, Charles Kielmasz‘is covering up’ someone else with his silence.

His suspicions fall on who for justice is responsible for the murder of the sisters María Emilia (24) and Paula González (17), and their friend Verónica Villar (22), who on November 9, 1997 were last seen alive once and two days later they were found murdered and half buried next to the train tracks.

“For me, he is covering up someone,” said Agustina, who recalled that, at the time, Kielmasz voluntarily approached to hand over the murder weapon and thus went from being a witness to being a suspect.

It may interest you: The retiree found murdered in a water tank in González Catán was killed with two stab wounds 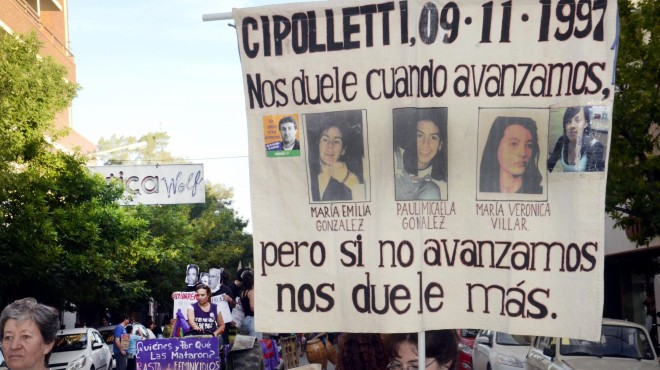 25 years after Cipolletti’s first triple femicide, they believe that the only prisoner did not act alone

Despite her doubts, the young woman hopes that the detainee will tell everything he knows, however, she considers that the chances are not great. “Kielmasz alone did not go, but until he speaks and does not say what happened, we will not know. He hoped so (speak), but I don’t have much faith, “added María Emilia’s daughter, who said that only when she was 15 years old did she understand” how they were executed and the brutality of the act.

In addition, for the young woman, the figure of Kielmasz is surrounded by controversy, since she does not understand how she achieves her temporary exits: “She is asking for temporary exits, but the reality is that no psychologist gave a positive report. It is proven that he is a psychopath.”

Years ago, the Justice even granted the detainee temporary releases to participate in cultural encounters outside the Federal Prison 15 of Río Gallegos. At that time, in 2012, the man sentenced to life imprisonment for raping and murdering the young women Paula and María Emilia González and Verónica Villar in 1997, received authorization from the Roca Penal Execution Judge, Juan Pablo Chirinos, to leave the jail.

It may interest you: They were looking for him for a double crime and captured him after a chase that ended with a patrol car in a stream 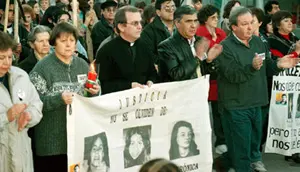 This Saturday a series of activities will be carried out in said city located on the border of Río Negro with Neuquén to remember the sisters María Emilia (24) and Paula González (17), and their friend Verónica Villar (22).

In this context, Agustina, who was only two years old when her mother was killed, recalled that this Saturday there will be a “t-shirt printing” activity, with the image of the victims, starting at 5:00 p.m. in Plaza San Martín del center of Cipolletti, and that at 19 there will be a march.

With the legends, “Cipolletti, capital of femicide” and “more struggle and rebellion”, the call began to be spread on social networks. In this way they seek to remember and extend the memory of the sisters and their friend who on November 9, 1997 went out to fulfill their usual routine.

The young women were walking around the city, however, as the hours passed and without news, their families decided to file the police report. From then on, an unprecedented raking began in which dozens of neighbors participated.

Two days later, on November 11, Dante Caballero with his sheepdog, found the bodies of the young women half-buried in an area known as Los Olivillos, next to the railroad tracks.

The autopsy indicated that the bodies had stab wounds, gunshot wounds and blows that evidenced the violence they had suffered before being killed.

The finding caused the entire community in the region to mobilize demanding justice. The marches were led by the parents of the victims, Juan and Ofelia Mosconi and Ulises González and Susana Guareschi.

Despite popular demand, the investigation did not fully clarify the incident and on July 5, 2001, the Second Chamber of General Roca sentenced Kielmasz to life imprisonment and Guillermo González Pino to 18 years in prison. However, years later, in 2002, the Supreme Court of Justice of Neuquén decided to acquit the latter.

They were looking for him for a double crime and captured him after a chase that ended with a patrol car in a stream
The retiree found murdered in a water tank in González Catán was killed with two stab wounds
The story behind the fall of the other Arsenio Erico, a fugitive for six years in Paraguay after a double crime

25 years after the triple femicide of Cipolletti, the family of the victims believes that there are unpunished perpetrators